The Collection
Since it was established in 1926, the Museo Larco has been acknowledged as a pioneer in terms of public access to its collections. It was one of the first museums in the world to open its storerooms to the general public, and to provide online access to its entire collection, encouraging in this way the multidisciplinary research first promoted by its founder, Rafael Larco Hoyle.

History of the Collection 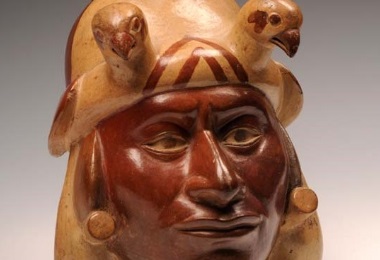 First Museo Larco collection piece. ML013572
Rafael Larco Hoyle started the process of gathering together the museum’s collection with the first piece given to him by his father (Rafael Larco Herrera) in 1923. This was a Moche portrait vessel of enormous artistic quality and detail, depicting a member of that society’s elite wearing a bird’s head headdress and ear adornments. 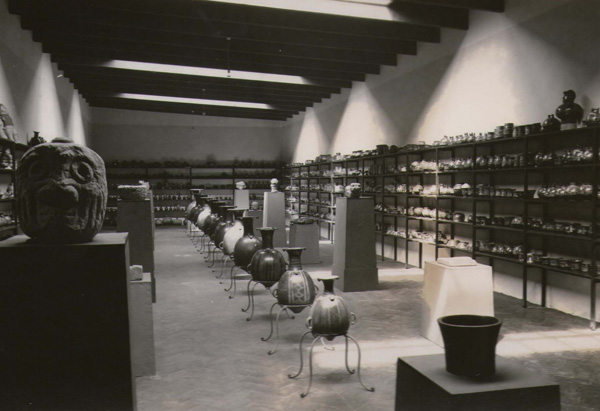 Museo Arqueológico Rafael Larco Herrera, Chiclín.
Later, in 1925, Rafael Larco Hoyle acquired a collection of vessels and other archaeological pieces from Alfredo Hoyle, the collection amassed by Dr. Mejía, from the Pampas de Ventura hacienda, and collections from the Chicama, Moche, Virú and Santa valleys. 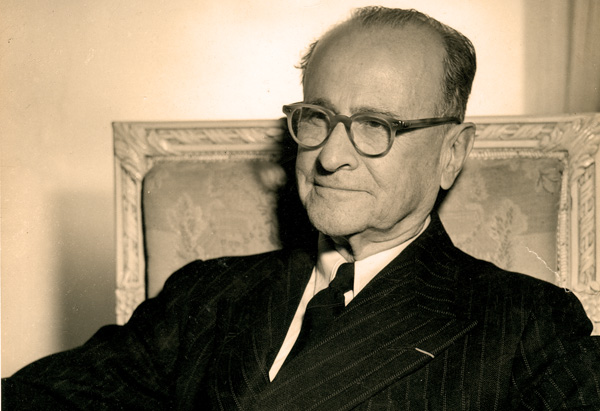 Rafael Larco Herrera (1872-1956).
It was on July 28th 1926, the anniversary of Peruvian independence, that Rafael Larco Hoyle established the Rafael Larco Herrera Archaeological Museum (the original name of the Museo Larco) at the Chiclín hacienda. He chose the name as a way of honoring his father, expressing his wish “to raise a monument in life to my father, who I admired so much as an example of elevated patriotism and for his love of our past”. (Museo, 1964). 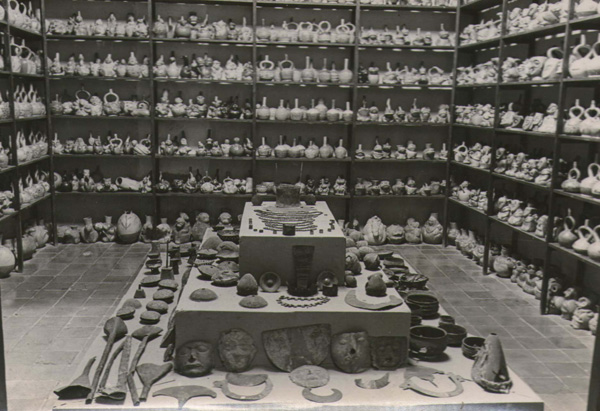 Museo Arqueológico Rafael Larco Herrera, Chiclín.
In 1933, in Trujillo, the acquisition was concluded of the Carranza collection, composed of more than 3000 objects. That same year, the museum was considerably enriched by the acquisition of the famous Roa collection from the Santa Clara hacienda, on the banks of the Santa River, composed of more than 8000 pottery objects, textiles and metal artifacts. 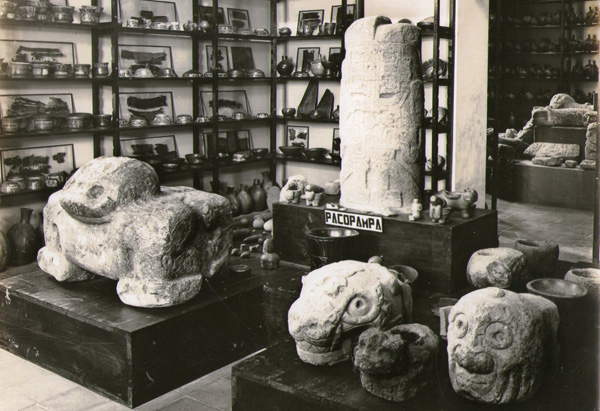 Museo Arqueológico Rafael Larco Herrera, Chiclín.
Rafael Larco made hundreds of trips throughout Peru, acquiring ancient artifacts. In Arequipa, Cusco and Puno, he managed to acquire pieces from the Puquina and Inca cultures, as well as the high plains styles found around Lake Titicaca. In Huancayo, Pukara and Ayacucho, he acquired pottery objects in the local styles. His trips to Ica, Nazca and Palpa led to the gathering of a collection of objects from the southern coast, which would be added to through the acquisition of several collections from that area. He also received a donation of sixty vessels from Mrs. María Larco de Dogni, and acquired part of the Enrique Jacobs collection. 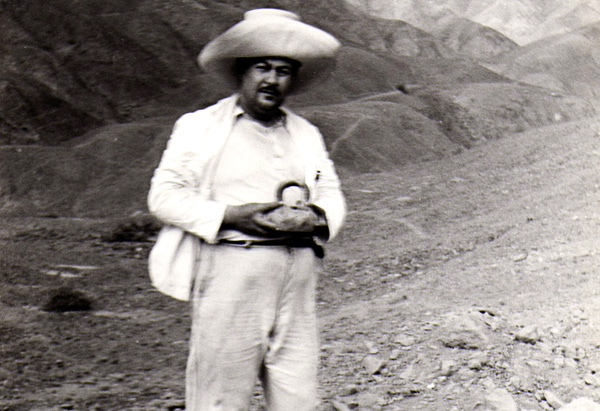 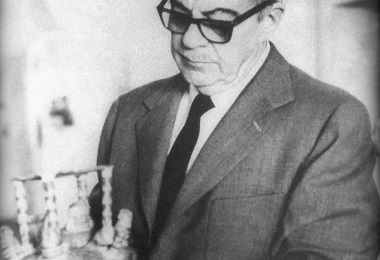 Rafael Larco Hoyle (1901-1966).
In the 1950s, Rafael Larco decided to move to Lima, taking the museum with him to the capital. “In this way, it could be seen and admired by people from every nation, and the archaeological material could be made available to men of science and scholarship from all over the world”. (Museo, 1964). 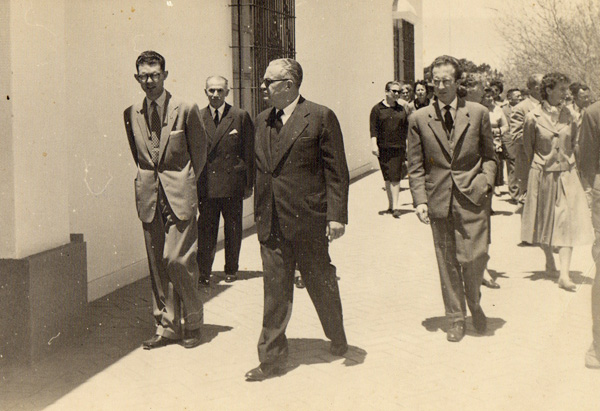 Opening of the museum in Lima.
In Lima, Rafael Larco bought a property owned by the Luna Cartland family. He remodeled this 18th century mansion through the addition of railings, doors, columns, beams and corbels recovered from the stately home of the marquises of Herrera y Villahermosa, in Trujillo.

Some fifty years after its move to Lima, the museum underwent a renovation process, in order to offer an unforgettably complete experience to every one of its visitors. Since that time, it has been known as the Museo Larco, and as a gateway to all those seeking a better understanding ancient Peru.

In 1926, at the age of 25, Rafael Larco Hoyle founded the Museo Larco. With the help of his father, he managed to acquire several archaeological collections from Peru’s northern coast, bringing together some 45,000 pieces.

Faced with the lack of archaeological information of the 1920s, Rafael Larco Hoyle was devoted to the study of ancient Peru. He began his own scientific research and excavated at a number of archaeological sites on Peru’s northern coast. Therefore, he is considered one of the pioneers of Peruvian archaeology.

His investigations led to a series of notable archaeological discoveries, as well as the publication of scientific texts. His stratigraphic studies were important to understand the depth of our pre-Columbian history.

In 1946, he presented the first chronological ordering of northern coastal cultures, even before the development of the radiocarbon method of dating. That same year, he oversaw and organized the Chiclín Conference on the archaeology of the northern coast of Peru.

The Rafael Larco Hoyle’s greatest legacy is the Museo Larco, which today allows us to connect with the ancient Peru through an extraordinary and comprehensive archaeological collection. 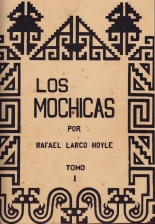 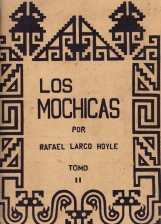 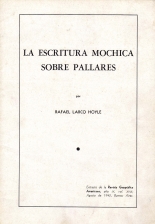 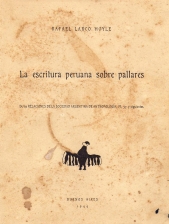 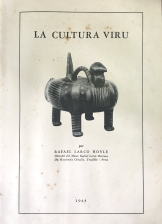 A Culture Sequence for the North Coast of Peru, 1946 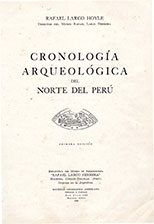 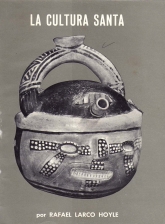 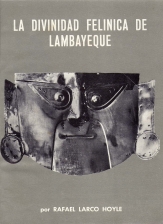 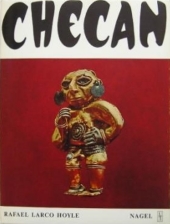 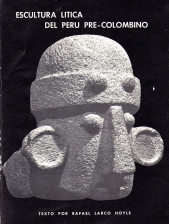 The Museo Larco was the first museum in Latin America to electronically catalogue its entire collection and make it accessible to the general public through an online catalogue.

In 2001, with the support of Fundación Telefónica, the museum embarked upon the task of electronic cataloguing, and since 2007 the entire collection has been available to the public online. The Museo Larco collection was also the first Peruvian collection to be included in the country’s National Registry of Archaeological Property.

Subsequently, in 2008, the institution updated its online catalogue in order to improve access for researchers. The new Museo Larco collection management system allows researchers to study the pieces in detail and contribute directly to the museum’s curatorship.

Public access to the collection has enabled the museum to enrich its program of multidisciplinary research and create authentic links between the public and its collection.

Use of images:
Images from the Museo Larco website, including images from the online catalogue, may be freely used for educational or research purposes, by including the credit line “Museo Larco – Lima, Perú”. For permission to access high-resolution files and/or photograph pieces from the collection for professional or commercial purposes, please contact [email protected].

Through its online catalogue, the Museo Larco keeps alive the spirit of its founder, encouraging public access to the collection and promoting multidisciplinary research. Currently, more than one hundred researchers are registered in the system and each year more than fifty research applications are processed.

Over the next months and until further notice, physical access to the collections of the Museo Larco will be restricted due to internal processes of registration, inventory and conservation.

Researchers who need to access to the online catalogue for researchers or request images from our digital photographic archive, should contact the museum’s Chief Curator ([email protected]). 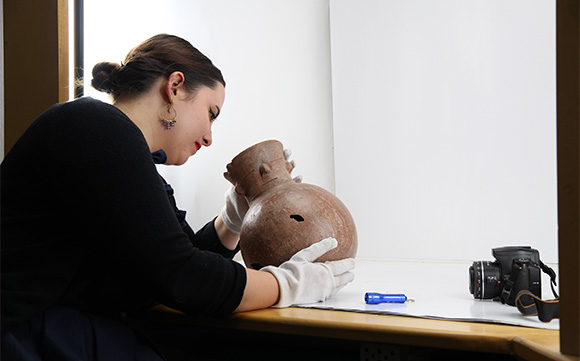