This funerary bundle clothed in finery and a funerary mask contains the body of a child, wrapped in cloth. As occurred in ancient Egypt, the dead were carefully prepared for their journey into the underworld. 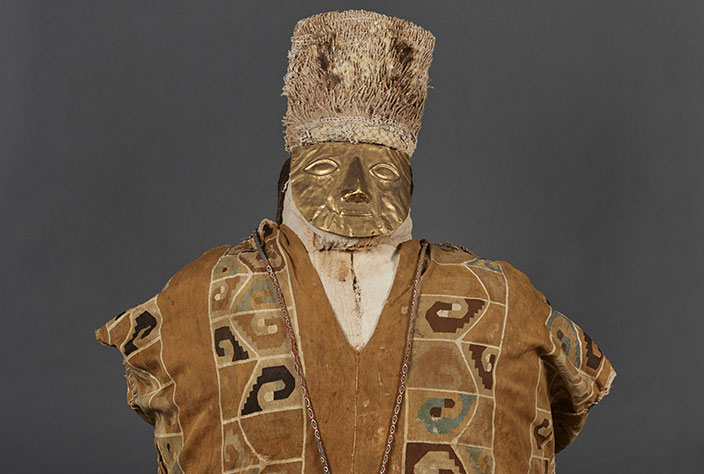