Quipus were the main system employed by the Incas to record information. The knotted cords were used to record countable information. The colors, knots and the distances between the knots enabled those who used the quipus to identify the type of object or the characteristics of the population being recorded.

This record system was very important for an empire sustained by the exploitation of the labor which the population was obliged to provide. The Inca state used specialist officials to handle this information, and they were known as quipucamayocs.

The Inca counting system was based on the decimal system. The quipus employed a system of knots which were positioned along the length of the cords to represent single units or tens of thousands of units.

The colors of the cords and the structures of the threads and knots contain information regarding the identity of what was being counted and recorded. It was possible to distinguish between information dealing with population, men and women, type of work and production. Some very large quipus seem to have been used to record information about communities over a period of time, like a calendar.

Quipus are formed by a primary cord and hanging cords. They were usually made from cotton, although some were made from camelid fibers. Some quipus also feature knotted hanging cords and set distances between groups of cords which may have enabled the user to distinguish between different categories of data. 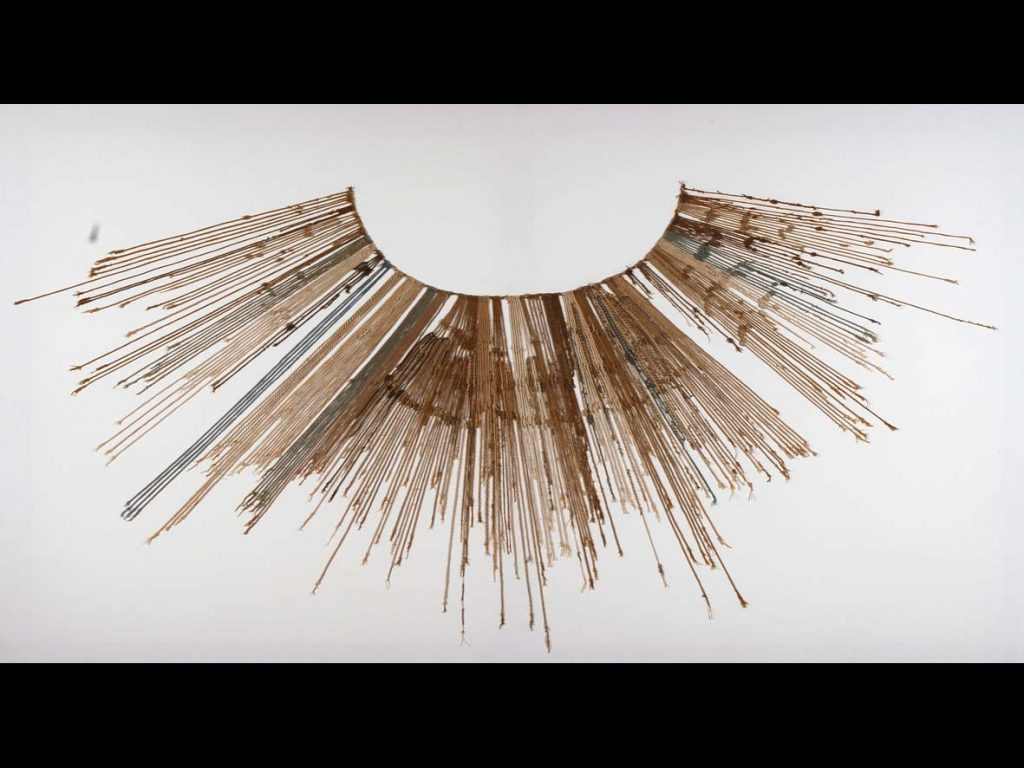